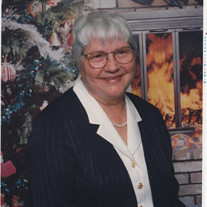 Angie was born to Angelo and Natalina Recchia on June 25, 1936 in Sugarite, New Mexico. Her parents migrated to Raton, New Mexico from Casalviera, Italy in the early 1930’s. From New Mexico the family moved to Rock Island, Washington in 1942. There she attended school and taught herself English. In her senior year at Wenatchee High School, she was the Apple Blossom Princess from Rock Island in 1954. That same year she met and married the love of her life, James (Jim) Boese. Shortly after, they moved to Portland where they lived for three years before returning to Wenatchee. They bought their first home in 1958. Jim spent his free time building a third bedroom to their new home. They had three children over the next six years. She was heartbroken when Jim passed away in 1964 due to illness. In the years following, she worked as a fruit packer for Chief Wenatchee (formerly Wenoka) to support her three young children. In the early 1970’s, Angie was President of the local American Diabetic Association. She organized and managed a successful bike-a-thon to raise money and awareness for Diabetes. She stepped down after the first year due to her work schedule and to spend free time with her children. She was employed with Fleenor’s Bakery and had fun playing softball as catcher during the summers. After a time, she decided she enjoyed fruit packing and returned to the warehouses where she was employed with Stemilt Growers for several years. She was proud of being one of the fastest Apple Packers. In her retirement she enjoyed cooking. She would prepare seven course meals for the holidays. If you asked her where she got her recipes she would pull out a large folder full of magazine clippings. She loved decorating for the holidays especially Christmas. It was a special treat for her each year. For several summers, Angie volunteered at the Wenatchee Farmer’s Market selling fruits and vegetables where she enjoyed saying hello to former classmates and friends. Angie was always there to help family, friends and neighbors. In her later years, she loved her collection of stuffed animals and enjoyed playing bingo. She liked people and was always happy to see smiling faces. Angie was preceded in death by her parents and siblings. She is survived by her three children, Linda Boese of Wenatchee, James (Jen) Boese of Marysville, and Jeffrey Boese of Wenatchee, six grandchildren and five great-grandchildren. We will miss Angie dearly, but we are so grateful for the time we had to spend with her. We will always remember her kindness and strength. Graveside Services will be held at Wenatchee Cemetery, 1804 N. Western Ave., Wenatchee, WA, on February 17, 2022, at 11:00 a.m. A Celebration of Life for Angie will be held this spring. In lieu of flowers, the family requests that donations be made to Foundations in support of Alzheimer’s Research.

Angie was born to Angelo and Natalina Recchia on June 25, 1936 in Sugarite, New Mexico. Her parents migrated to Raton, New Mexico from Casalviera, Italy in the early 1930&#8217;s. From New Mexico the family moved to Rock Island, Washington in... View Obituary & Service Information

The family of Angelina Boese created this Life Tributes page to make it easy to share your memories.