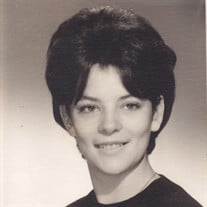 Bridget (O’Donnell) DeMuth Obituary Bridget Lee (O’Donnell) DeMuth was born in October 13, 1945 in Seattle, WA, to William Patrick O’Donnell and Winifred Elizabeth (Cooney) O’Donnell. Bridget graduated from Enumclaw High School and enjoyed being a cheerleader during her time there. She moved to St. Paul, MN to be with her sister, Diane, just after high school, and it was there that she met Raymond Peter DeMuth at a mutual friend’s home. They married August 7, 1965. In June of 1966, they welcomed their first child, Michelle Lee. Faith-filled Catholics, Bridget and Ray became volunteers with the Papal Ministry program, assigned to Belize for two years. While in Belize, their first son, Raymond Patrick was born, in 1968. They returned to St. Paul, MN, and their second son, Jeffrey Gerald, was born in 1970. They raised their children in Winona, MN, until 1978 when they moved to the Pacific Northwest. The summer of the big move is remembered fondly by all Bridget’s children as a summer of adventure and camping. Bridget, a recent college graduate from Winona State University, took a position as Executive Director for United Way of Whidbey Island, and they moved to Oak Harbor to a home just a few blocks from Puget Sound. She later earned her Masters Degree in Business Administration in 1995. In 1986, Bridget became the director of the Oak Harbor Senior Center, where she served the senior population of the island by bringing an array of cutting edge programs that addressed their holistic needs . . . art and writing classes, foot and eye care, yoga and exercise, and respite care, among others. A leader of the community, she was well-known and admired for her service to others. She devoted countless hours to Soroptimist International, a worldwide service organization focused on improving the lives of women and girls. Bridget and Ray enjoyed traveling, and especially loved their times in Ireland, Belize, Spain, Portugal, and Switzerland. Always proud of her deep Irish heritage, in 1992 Bridget obtained her Irish citizenship. In retirement, Bridget and Ray moved to Eastern Washington, settling in Wenatchee. For their 50th wedding anniversary, they chose to host their entire family of kids/spouses, and ten grandchildren, in a 5-day celebration of love and marriage, in Wenatchee. Bridget passed away peacefully in Wenatchee, WA at the age of 74, on March 8, 2020. She will be eternally missed by her family and friends, and remembered for her quick wit, engaging spirit, and deep faith. She was preceded in death by her sister Catherine (O’Donnell) Ellerton. She is survived by her brother Dennis O’Donnell, sister, Diane (O’Donnell) Patelli, husband Ray, daughter Michelle Van Tassell (spouse Rob), sons Patrick (spouse Mary) and Jeffrey (spouse Laura), and grandchildren Katrina, Lauren, Emma, Sophie, Aidan, Julia, Ryan, Grant, Tessa, and Elizabeth. In lieu of flowers, please consider donating to your local chapter of the Alzheimer’s Association.

The family of Bridget Lee O'Donnell DeMuth created this Life Tributes page to make it easy to share your memories.