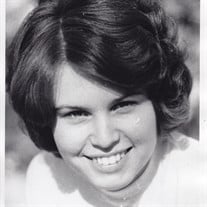 Catherine Ann Hodl Irmer, 65., a resident of Waterville since 1972, went to be with the Lord on Wednesday, May 29, 2019 after a long battle with Alzheimer’s disease. She was born in Spokane WA to Joseph Hodl Jr and Patricia Hodl March 10, 1954. Catherine was the eldest of four children with three younger brothers. Catherine grew up in the friendliest neighborhood on Spokane’s South Hill. She spent many fun filled afternoons playing with her younger brothers and neighborhood friends. The entire neighborhood played an important role in her life. You knew it was time to come home when Pat , mom, would let out “the whistle.” She attended school at St. Peter’s Catholic Church and went on to graduate from Marycliff High School for girls. She met the love of her life, Leo, on a blind date. They were married August 26, 1972 at Sacred Heart Catholic Church. Catherine was blessed with two beautiful children, Michael and Jennifer. She poured her heart and soul into raising them. From room mother at Waterville elementary to attending every sporting event, band concert, and even leading a local Camp Fire and 4H club, Catherine was always there for her children. We will always remember the fun times spent on those band trips with her as a chaperone. Catherine was also very involved with the Wheat Wives, baking cinnamon rolls for the fair, with local charities and providing much needed scholarships to graduating seniors. As a Wheat Wife, she formed lasting friendships that meant the world to her. She also gained a special sister when she moved to Waterville. Her sister-in-law, Brenda, made the transition from city life to country life that much easier. Raising kids together and sharing time chatting and shopping formed one of the greatest bonds that has lasted a lifetime. Each one relied on the other. Brenda, You were her true sister, thank you. Her hobbies included sewing, crafting and scrapbooking, photography, fishing, gardening and traveling. She loved Disneyland, the ocean and the feeling of sand between her toes. Her greatest joy came with the gift of being Grandma to two adorable and giggly Granddaughters, Shelby and Zoe. Catherine’s sense of humor, generosity and kind nature will be missed. She considered every friend and neighbor as family. She was preceded in death by her parents, Joe and Pat Hodl. Survived by her husband, Leo, her children, Mike (Heather) Irmer, Jennifer (Kevin) Kammerer, granddaughters , Shelby and Zoe, siblings Joe (Cheri) Hodl, Tom (Stacy) Hodl, Chris Hodl and brothers-in-laws Russell (Brenda), Wayne (Barbara) and Neil (Becky) along with nieces, nephews and their families. Catherine lost her battle with Alzheimer’s. She passed away with her children by her side. A funeral mass will be celebrated on Tuesday, June 4, 2019 at 2:00 pm at St. Joseph;s Catholic Church in Waterville. Interment will follow at the Waterville Cemetery. Donations in her name can made to the Waterville Clinic and/or Waterville Ambulance fund.

Catherine Ann Hodl Irmer, 65., a resident of Waterville since 1972, went to be with the Lord on Wednesday, May 29, 2019 after a long battle with Alzheimer&#8217;s disease. She was born in Spokane WA to Joseph Hodl Jr and Patricia Hodl March... View Obituary & Service Information

The family of Catherine A. Irmer created this Life Tributes page to make it easy to share your memories.

Catherine Ann Hodl Irmer, 65., a resident of Waterville since...