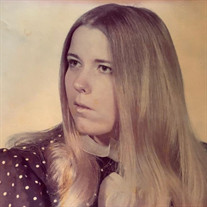 Charlene O’Leary was born May 19, 1950 in Washington State to Mable Alta Dyment of Wenatchee who was one of seven children, and to Lloyd Luke of Snohomish County. Charlene grew up with her brother, Ronald Milton Luke, “Ronnie,” in Snohomish County. Charlene was a loving mother, sister-in-law, daughter, auntie, best friend, and grandmother. Words cannot express the loss we have experienced. If you ever knew Charlene you would know she never said an unkind word and was always down for a party. Char could care less where you came from and her favorite saying to new people was, “What’s your story?”, making you an instant friend. Charlene worked at Fred Meyer for 41 years and our families running joke was we didn’t know Fred Meyer existed 41 years ago; however, Fred Meyer was her second family and she opened many stores and was an amazing asset to the company and she has been followed by many stores and friends she made along the way who called when she was sick and said of Char,“ I could always go to her office for advice”, “She was my best friend”, “She was with me when my mom passed.” We have heard this from more than one friend whose mom passed and they became a daughter to Char who needed a substitute mom and Char was always available. Char’s favorite Christmas present was a hammer and bag of nails because she could convince her brother to build her toys and doll houses and when he ran off with friends she would complete the project. Char was the epitome of the wild girl on the back of the chopper and her hair free and loving life she drank beer and wine but made it to church on Sunday and work on Monday. If you ever knew love from Char you were lucky because there was no judgment except when she gave you the famous silent treatment. Charlene is preceded in death by her mother, Mabel, father Lloyd, and brother, Ronnie. Charlene is survived by her son, Gabriel Luke O’Leary, two grandchildren, Paige and Shelby O’Leary, daughter in-law, Kyla, her beloved dogs, Emma and Stella, niece, Annie Miller of Quincy and children, Baylla, Emmerson, Coleman Miller, step-sons, Ryan O’Leary and Dylan Levison, and additional sons, Cody and Jamey Leckner, best friends, Judy and Mac Macdonald and children, Denise Leckner and children, Kathy Hania, Paula Fusco, Kathleen Stockard-Ottosen, Jan Tuggle, Kathy Nevia, Mary Murray-Mistision and Gayla Weythman and children. Charlene is survived by many additional cousins and other nieces and nephews and she will be missed dearly. Charlene wanted everyone to know she was ready to pass as she was sick from ALS and heaven was calling her name. Charlene had many losses including a job and her favorite condo with a pond and ducks and her health, but in true Charlene form, Charlene was the life of the party, even in sickness so we hit many casinos and won big once and she said, “I’ve never won that much ever. Let’s leave now before we get robbed.” So we end this chapter saying whatever you do make it a meaningful way to say good-bye while your still the life of the party. As a family we would especially like to thank Assured Hospice, Shad Stentz, and Lynette Harris for their loving care.

Charlene O&#8217;Leary was born May 19, 1950 in Washington State to Mable Alta Dyment of Wenatchee who was one of seven children, and to Lloyd Luke of Snohomish County. Charlene grew up with her brother, Ronald Milton Luke, &#8220;Ronnie,&#8221;... View Obituary & Service Information

The family of Charlene Kay O'Leary created this Life Tributes page to make it easy to share your memories.