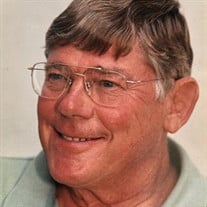 Charles “Skip” C. Mussen July 14, 1939 – March 2, 2022 Charles C. “Skip” Mussen, 82, passed away peacefully on March 2, 2022. Charles, known by his family and friends as Skip, was born in Wenatchee, WA, on July 14, 1939, to Clarence and Lois (Churchill) Mussen. Skip graduated from Wenatchee High School in 1957. After high school, he served in the U.S. Army for several years. He went on to attend the University of Washington, where he graduated with a Journalism degree. It was there that he met the love of his life, Kathryn Ann “Kay” Schrengohst, of Wenatchee. Skip returned to Wenatchee and worked for The Wenatchee Daily World Newspaper. He met many friends in the community during his time at the newspaper, where he worked as an Advertising Salesman, Advertising Manager, and General Manager for 38 years. After leaving the Wenatchee World, he worked several years as an office admin and accountant at Spidel Law firm. Skip and Kay were married on September 10, 1965. They had two sons together: Eric and Christopher. He was an excellent companion and father and his family loved him dearly. He has many great friends in the community. He was a highly active member in the Wenatchee Rotary Club and contributed to Boy Scouts of America and Music Theater of Wenatchee. Skip and Kay are long time members of The First United Methodist Church of Wenatchee. Skip cherished spending time with loved ones at the family cabin on Lake Wenatchee. He enjoyed fishing, sailing, sitting on the deck with family and friends, and taking boat rides around the lake. After retirement, he traveled with Kay once a year to Kona, HI, and enjoyed spending time in the warm weather with family and friends when they came to visit. Skip is survived by his wife, Kay; sons: Eric (Julee) and Christopher (Alaina); and grandsons: Andrew and Tucker. Funeral Services will be held at First United Methodist Church, 941 Washington St., Wenatchee, WA, on March 26, 2022, at 11:00 a.m. Arrangements assisted by Jones & Jones~Betts Funeral Home, Wenatchee, WA.

The family of Charles C. "Skip" Mussen created this Life Tributes page to make it easy to share your memories.