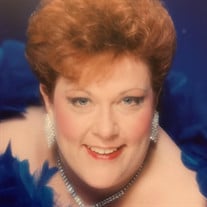 Deborah was born in Kirkland Washington to Walt and Shirley Myers. She was raised in Seattle Washington with her brother, Bret Myers, where she graduated from the second full graduating class of Nathan Hale High School. Deborah welcomed her first child Stacey Christine in 1967 with her first husband John Skalka. She later married the love of her life, Terry Loisel, in December 1970. Terry remained a devoted husband for 49 years and father to their three children Shannon, Stacey, and Tara. Together they lived in Woodinville, Omak, Kirkland, Bothell, Monroe, Tonasket, and to her forever home in East Wenatchee. She loved life, family, and good friends. She loved traditions- Christmas was her favorite time of year. She worked in many different fields mostly surrounding customer service from waitressing, to record and beauty retail, to owning her own business in accounting called Round the Clock Bookkeeping. She had many talents, one of which was floral design. She made beautiful floral swags and arrangements from her home business, The Personal Touch. She was a wonderful cook. She loved the Lord and did volunteer work serving women and families in need. Her favorite past times were reading, camping, fishing, pool and bowling league, music, and collecting. Deborah held the Washington State Women’s Pool Championship in mid 1970’s. She had an extensive collection of books, records, CD’s, crafts, and chickens. Deborah never did anything halfway it was always over the top! She had a zest for life and an infectious laugh that will always be remembered. Deborah was survived by Her husband, Terry Loisel of East Wenatchee, her Son and daughter-in-law, Shannon and Melody Loisel of Darrington Washington, her daughter and son-in-law, Tara and Sean Larsen of East Wenatchee, her brother and sister-in-law, Bret and Marg Myers of Carlsbad California, her ten grandchildren, five great grandchildren, and nieces and nephews. She was preceded in death by her mother and father, Walt and Shirley Myers and her beloved daughter Stacy Mallette. Please join us in remembrance of Deborah on December 21st, 2019 at Jones and Jones-Betts Funeral Home 302 Ninth Street Wenatchee, WA.98801 #509-662-1561. Viewing at 12PM, Memorial Service to follow at 1pm.

Deborah was born in Kirkland Washington to Walt and Shirley Myers. She was raised in Seattle Washington with her brother, Bret Myers, where she graduated from the second full graduating class of Nathan Hale High School. Deborah welcomed her... View Obituary & Service Information

The family of Deborah "Debbie" Loisel created this Life Tributes page to make it easy to share your memories.

Deborah was born in Kirkland Washington to Walt and Shirley Myers....