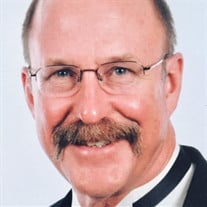 Dennis Wade Weisenberger was born April 23,1950 in Wenatchee, WA. He died December 2, 2021 in Wenatchee, WA. Dennis grew up as a “free range” child in the Mansfield, Washington area. His parents owned Jameson Lake Resort. He spent his childhood fishing and exploring the surrounding area of sagebrush, wheat fields and empty space. He loved finding lizards, groundhogs, rabbits, and any other wild land creatures. He was deeply in love with the natural world and was always ready to hike, climb, bike, or fish. He was very proud of having climbed Mt. Rainier several years ago. He liked to look out the window at the mountains and say, “Don’t you just want to go climb that?" He always wanted to be at the very top of any mountain looking out at God's Creation. He moved to Arizona where he worked as a skilled woodworker for a number of years, building high end cabinets and furniture in a cabinet shop in the Sedona area. He moved back to Washington in 1978 in order to pursue a career in Pre-hospital medicine. He attended paramedic school at Madigan Army Hospital. After paramedic school he worked for Shepherd Ambulance in Tacoma for a couple of years, then took a job at Medic 10 in Monroe in 1989. He joined Lake Stevens Fire Department in 1994. He served 23 years as a Paramedic there. He was an exceptional paramedic and wonderful mentor to many, if not all of the people he worked with He had a great passion for Pre-hospital medicine and spent untold hours perfecting his craft. He was known for his patient advocacy. He choose not to pursue promotions because he would no longer be able to do patient care. He taught new EMT's at Everett Community College. He was a gifted teacher and his students loved him. He trained in high angle rescue. He was with the first group of firefighters that trained by rappelling down the side of the Columbia Tower in Seattle. He also trained as a wild land firefighter. However, his deepest and abiding love was for patient care and serving others. Dennis returned to Wenatchee in 2016, retiring from the department in 2017. Dennis had a deep and powerful love for his Lord and Savior, Jesus. That relationship blossomed after he moved to Wenatchee and he was able to get connected with other people in the Christian community here. All the passion and commitment that had gone into his career, now became focused on his relationship with Jesus. That was rewarded as his faith deepened and grew. He truly became an "ambassador for Christ”. Dennis was a deeply loving, humble man who has always had a “servant’s heart”. "Well done, my good and faithful servant.” Dennis was preceded in death by his brother, David Weisenberger, and his parents, Allen and Frances Weisenberger. He is survived by his wife of 36 years, Sharon March; his sisters, Janet and Paula Weisenberger; his nephews, Jason and Jerod Williams; aunts, an uncle and multiple cousins; his step-children Julia Orlandi and Mark Lucas; as well as grandchildren and great-children. In lieu of flowers, donations can be sent to Serve Wenatchee: www.servewenatchee.org or Word Movement: P.O. 1404, Wenatchee, WA 9880- www.wordmovement.org. Friends and family may visit Jones & Jones – Betts Funeral Home on Thursday, December 9 from 4:00 PM to 7:00 PM. A service will be held on Friday, December 10 at Calvary Crossroads Church at 11:00 AM. Interment will be at Evergreen Memorial Park in East Wenatchee.

The family of Dennis W. Weisenberger created this Life Tributes page to make it easy to share your memories.