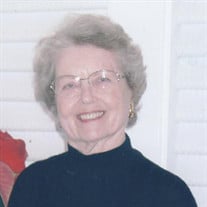 Diane LaMarr Glessner, 87, passed away Monday, November 18, 2019, in Wenatchee, WA, of congestive heart failure. She was born November 12, 1932, in Raymond, WA, the only child born to Ralph and Pearl Strumski. Ralph was a school teacher, which took the family to St. John and Republic, WA, then, the family moved to Mansfield, WA, in 1948, as Diane entered her junior year of high school. Upon graduation, she married Loren Glessner on June 10, 1950. Mansfield has been their home since their wedding day. Mom soon joined the Order of Eastern Star in Mansfield, and then joined the Waterville Chapter later, and was a 50 year member. She enjoyed this part of her life very much. She was a treasurer of her church, where she was an active member for years, until her health would not allow her to attend. Her pastor, Ric Bayless, faithfully ministered to Diane in her home at that point. Mom was a partner with dad in the everyday operations of the wheat farm, whether running after parts, keeping the books, or maintaining the FM radio communications. Even though mom had a small kitchen, she cooked up a storm. She was known for her elaborate lunches, which she sent out with the truck drivers every day to the wheat fields. Speaking of mom’s kitchen, many mornings our cousin, Ward, would stop by and have a cup of coffee and talk about the days work ahead. She thoroughly enjoyed those visits. Throughout our school years, while we participated in sports, mom sat in the bleachers of all our games and kept her own scorebooks for baseball and basketball. It was wonderful how devoted she was by doing that. Mom was always interested in and cared about everything her children, grandchildren, family, and friends were doing. Diane is survived by her husband, Loren Glessner of Mansfield, WA; Debbie Wilson of Spokane, WA; Randy Glessner of LaQuinta, CA, and Kerry Glessner (Resa) of Chelan, WA. She is also survived by grandchildren: Lauren, Dana, Carolyn, Alyse, John J., and Amelia; and eight great-grandchildren. Diane was preceded in death by her father, Ralph Strumski; and mother, Pearl Revelle Strumski. If you ever are diagnosed with breast cancer, please know that you can beat that awful disease. Mom survived breast cancer for 42 years. She would want you to be screened, which will help to prevent this disease. We wish to give particular thanks to Hospice of Wenatchee and Ric Bayless.

Diane LaMarr Glessner, 87, passed away Monday, November 18, 2019, in Wenatchee, WA, of congestive heart failure. She was born November 12, 1932, in Raymond, WA, the only child born to Ralph and Pearl Strumski. Ralph was a school teacher, which... View Obituary & Service Information

The family of Diane L. Glessner created this Life Tributes page to make it easy to share your memories.