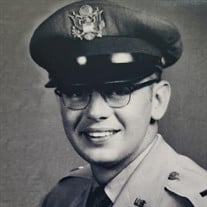 Donald Wayne Dwinell, 86, of Wenatchee passed away peacefully at his home surrounded by family. Don was born November 13, 1934 in Spokane to Milton & Vera (Lincoln) Dwinell. Don was raised in Grand Coulee and Spokane WA until after World War II when his parents moved to Ephrata and opened an auto dealership selling Dodge, Plymouth, GMC trucks, and Case farm implements. Don would regularly work in his father’s business repairing and painting cars. He was a member of Boy Scout Troop 42, the Explorer Scouts, and the Civil Air Patrol Cadets where he became the 1st Commander of the CAP cadet squadron. An accomplished shooter, Don joined the Ephrata small bore junior rifle team where they placed 2nd in the Nation in 1952. On June 9, 1952 he graduated from Ephrata High School as a member of the Honor Society and entered the University of Washington in the fall of 1952 where he was active in the UW and the Air Force Reserve Officer Training Corp (AFROTC) rifle teams. Don was selected Captain of the AFROTC team. He was also a member of the AFROTC band and the AFROTC drill team. He graduated with a bachelor’s degree in business administration and a commission in the US Air Force (Second Lieutenant) in June of 1956. Don was called to active duty in March of 1957 and following a shortened basic training in San Antonio, TX, and entered navigator training at Harlingen AFB. Don graduated 9th in a class of 92, qualifying him for Radar Intercept Officer (RIO) training flying in the F89J interceptor aircraft at James Connally AFB, Waco. TX. Graduating number one from RIO training, he was assigned to Otis AFB at Falmouth Mass where, he was promoted to 1st Lieutenant. Don married his sweetheart, Phyllis Stone, on Feb 28, 1959. Don served in several fighter interceptor squadrons until September of 1968 when he was assigned to duty in Vietnam. During his time in Vietnam, Don accumulated over 800 combat hours in the AC47 gunships affectionately known by the crew as “Spooky” and by the Vietnamese as the “Dragonship” for the devastating fire they rained down. Upon returning stateside in 1969 he was assigned to the Air University at Maxwell AFB in Montgomery Alabama. While stationed in Alabama, Don completed his Masters Business Administration (MBA) from Auburn University. On June 30th, 1977, Don retired from the US Air Force with 21 years of total service. Don was awarded the Distinguished Flying Cross and Nine Air Medals amongst many other awards and accumulated more than 5000 flying hours including more than 800 combat flying hours. Following his retirement, Don and family family returned to Wenatchee where he put is MBA to work as a financial accountant. Don was heavily involved as Master in the West Wenatchee, Beacon Hill, and Pamona Grange, the North Central Washington Atari Users Group, the Better Government League of Chelan/Douglas County, the Juvenile Justice Task Force and Block Watch. Don was preceded in death by both of his parents. Don is survived by his wife of 62 years, Phyllis Jean Dwinell, his three children Katherine May Colorossi (Jeff), Jeannette Louise Dwinell Peterson (Jeff) and Donald Wayne Dwinell Jr., 7 Grandchildren, 15 Great Grandchildren, and numerous nieces and nephews

Donald Wayne Dwinell, 86, of Wenatchee passed away peacefully at his home surrounded by family. Don was born November 13, 1934 in Spokane to Milton & Vera (Lincoln) Dwinell. Don was raised in Grand Coulee and Spokane WA until after World War... View Obituary & Service Information

The family of Donald Wayne Dwinell created this Life Tributes page to make it easy to share your memories.