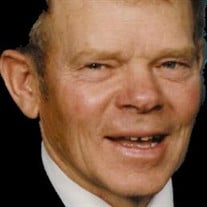 Donald “Dean” Slechta, (87) was born July 4, 1934, in Stockholm, Iowa, to Edward Blaine Slechta and Hazel Florence Riggleman. He passed away peacefully on June 11, 2022, after a short hospital stay. Dean spent his early youth in Iowa until the family moved to Cashmere, WA. In 1944. He attended school in Cashmere, WA, exceling in sports, especially football, graduating from High School in 1954. After High School Dean joined the Army with Basic Training at Fort Lewis and subsequent training at Fort Bragg, where he became part of the 82nd Airborne. Dean returned to Cashmere after his time in the army and became partners with Richard “Tiny” Graves in “Tiny’s Fruit Stand.” Dean worked in and managed the Fruit Stand until it closed in October 1981. From 1974 through its closing he was partners with Garr and Gerrie Webb in the fruit stand. Garr passed away in July 1977 and Dean married his business partner Gerrie Johnson Webb on December 3, 1981. After closing the Fruit stand in 1981 and selling the property to Gordon and Joan Martin he and Gerrie pursued for a time a career in Real Estate and purchased several rental properties. Dean and Gerrie managed the rental properties until a few years before their deaths. Dean was an avid hunter and enjoyed outdoor activities of almost any kind and enjoyed playing games with his family. He joined the Church of Jesus Christ of Latter-day Saints in May of 1972 and was an active member for the rest of his life. He served in many capacities throughout the years such as Scoutmaster, Ward Clerk and High Priests Group Leader. He and Gerrie served two different missions- in the Seattle Temple and at Ensign Ranch. He was devoted to serving others and he served as a Scoutmaster in the Boy Scouts for many years. He was always ready to help and usually had any tool necessary for the job. For years he performed snowplowing services for his family and friends seldom asking for any compensation. His family was his greatest joy in life, and he took great pleasure in their talents and accomplishments. Gerrie was his everything and he constantly showed his love for her, manifested even more so in his care for her in her aging years. Dean was a kind soul and like Nathaniel of old was a man without guile. He will be greatly missed but is so deserving of entering his rest and hearing those words from his Savior: “Well done my good and faithful servant.” He was preceded in death by his parents, Blaine Slechta and Hazel Florence Riggleman, his wife, Geraldine Marie Webb Slechta, his brothers Dale, Daywin and Doyle Slechta and his sister Delores Branam, his grandson Christopher Webb and granddaughter Tiffany Webb. He is survived by his stepchildren Randy (Sue) Webb, Keith (Sue) Webb, Dennis (Ronda) Webb, Susan (Cris) Regan Marchmonte, and Lance (Debi) Webb, 19 grandchildren, 43 great grandchildren and 2 great, great grandchildren. Visitation will be held on Thursday evening, June 16, 2022, from 5:00 to 7:00 p.m. at Jones & Jones Betts Funeral Home, 302 Ninth Street, Wenatchee WA. A Memorial Service will be held Friday, June 17, 2022, at 11:00 a.m. at the Church of Jesus Christ of Latter-day Saints, 2821 Easy Street in Monitor, WA. Arrangements are by Jones & Jones Betts Funeral Home, Wenatchee, WA. Donations may be made to: The Church of Jesus Christ of Latter-day Saints Humanitarian Aid Fund

The family of Donald Dean Slechta created this Life Tributes page to make it easy to share your memories.