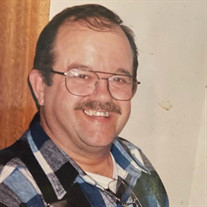 Dr. Hal Hawley, a national distinguished principal, passed away on June 26, 2021 in the Central Washington hospital in Wenatchee. He was surrounded by his loving wife and family and passed peacefully from the complications of diabetes and heart disease. Dr. Hawley was born in the same hospital on March 5, 1945, the son of Don Hawley and Bernice Hawley Lockwood. He attended Entiat schools, graduating in 1963 and attending Wenatchee Valley college. He married his sweetheart, Kathy Woods Hawley, in 1966 and they had 3 daughters while moving cross country twice and completing advanced degrees. After graduating with a Bachelors in Education from Washington State University, Dr. Hawley completed a Master’s in one year at the Ivy League Institution, Cornell University, in Ithaca New York. He returned to the west, settled in Montana, and successfully defended a Doctorate in Education at University of Montana in Missoula, Montana. He went on to highly acclaimed work in the Office of Public Instruction in Montana, and as a Principal and Superintendent of public schools in Montana. He wrote state grants, served as a field representative for STAR school sites, and received the Distinguished Service award from the executive board of Montana in the spring of 1996. He starred in community plays and entertained audiences with his guitar and vocal stylings. When he retired from public education his career turned to public speaking, where he became a highly respected lecturer for the Cantor Institute. In his retirement, he traveled the world with his wife, Kathy. They globetrotted to Australia, Tasmania, Argentina, St. Croix, and Jamaica, as well as destinations in Europe. He served on the Entiat Valley Landowners Steering Group, earned a 25-year pin as member of Montana Association of Elementary and Middle School Principles, and received the Wall of Excellence Award from Entiat High School as a successful model past graduate. He is survived by his loving wife Kathy and three daughters Bonita Halley of Wenatchee, Suzanne Hawley of Entiat, and Meliesa Payne Tigard of Wenatchee. He has 5 granddaughters, Dessah (Shaw) Johnson, Danae Johnson, Shayla Stanley, Kathleen Elise Tigard, and Ariana Payne. He has 4 great grandchildren, Kaleb Lee Shaw, Tristan Harold Shaw, Jayden Stanley, and Lyla Stanley. He is also survived by a sister, Lucille Calstoy, and a brother, Howard Hawley, and numerous nieces and nephews. He will be greatly missed by his family and his worldwide network of Christian friends. His memorial service will be held at Jones and Jones Betts on July 15th at 10:00 am with a fellowship reception immediately following. He will be interred in the Entiat Oddfellows Cemetery at 1:00 pm on the same day. In lieu of flowers, his family has requested donations to the Cystic Fibrosis Foundation www.cff.org.

Dr. Hal Hawley, a national distinguished principal, passed away on June 26, 2021 in the Central Washington hospital in Wenatchee. He was surrounded by his loving wife and family and passed peacefully from the complications of diabetes and heart... View Obituary & Service Information

The family of Dr. Hal Hawley created this Life Tributes page to make it easy to share your memories.