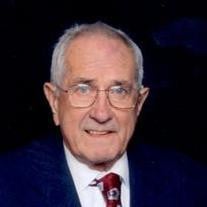 Duane Howard Larson Duane Howard Larson of Wenatchee, WA passed away peacefully February 13, 2011 after a battle with cancer and pneumonia. Duane was born March 29, 1931 in Bisbee, ND to Gunder and Ella Larson. Duane and his family lived in Bisbee, ND until 1938. During 1938 the Larson family moved to Ballard, WA, where he was raised and educated. Duane served in the United States Coast Guard from 1947 until his retirement as a Lieutenant in 1973. Following his retirement from the Coast Guard, Duane was a Bus Driver and Trainer for the Renton School District. During his lifetime Duane had many interests such as participating in Jeep Clubs, Off Road Racing as a Driver, traveling throughout the country in his motor home and taking regular trips to Ireland and Europe. Duane was also an avid sports fan of the Seahawks, Mariners, and Manchester United. Duane and Margaret were members of several social clubs such as the American Legion, Eagles, Elks, and the Moose Lodge, Duane loved to help others by working on their cars and engines, doing home repair and construction, and especially loved to assist anyone who had a stranded car in a snow bank or a ditch using his jeep and winch. Duane is survived by his wife of nineteen years, Margaret (Simpson) Larson. Additionally survived by son Michael Larson (Brenda) daughter Michele Benckert (Mike), and son Dean Larson. Duane was preceded in death by his wife of thirty six years Mary Areta (Slagle) Larson and Son Dennis Larson. Also Survived by stepson Patrick Simpson (Tammi). Duane has nine grandchildren, three step grandchildren and nine great grandchildren. Services are as follows: Thursday February 17, 2011 at 1:00 p.m. at Jones & Jones ~ Betts Memorial Chapel, 302 9th St. Wenatchee, WA. Visitation will be Wednesday from 2-6 p.m. at the funeral home. Interment will be Friday 10:15 a.m. February 18, 2011 at the Tahoma National Cemetery 18600 SE 240th St. Kent, WA 98042. Remembrances and donations to: Fred Hutchison Cancer Research Center or your meaningful Cancer Research Charity. Please express your thoughts and memories on the online guest book at jonesjonesbetts.com. Arrangements have been entrusted to Jones & Jones ~ Betts Funeral Home.

The family of Duane Howard Larson created this Life Tributes page to make it easy to share your memories.