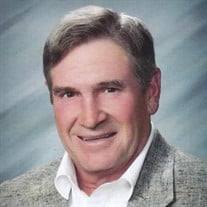 Edward (Ed) Larston Farrar III was born on June 12, 1951 in Atlanta, GA, to Elizabeth and Edward L Farrar II, the first of their four children. His childhood was spent in Orlando, FL where his father was an orthopaedic surgeon. Upon completion of high school, Ed started college at Georgia Tech on a football scholarship. He transferred to the University of Florida to major in biology. In 1972, he dropped out of college for a year because of sudden debt. Fortunately, Central Florida was booming at the time with the construction of Disney World. He was able to dive into work and was soon back into college. Ed returned to the University of Florida, graduating Magna Cum Laude and Phi Beta Kappa. Ed was then accepted to Emory School of Medicine, graduating in 1978, with High Honors, and President of the AOA Honor Medical Society. He was number 2 in a class of 112. As a senior medical student in 1977, Ed elected to do rural health care surveying in the Ladakh region of northern India and was introduced to the magic of the Himalaya. This experience would lead to many return trips and expeditions. He was fortunate to be a member of 5 major Himalayan expeditions and also made several trips as a volunteer surgeon working for Orthopaedics Overseas in Nepal. Ed’s internship was in Internal Medicine at the University of Washington where he would then go on to a residency in Orthopaedic Surgery. Dr Farrar graduated from Orthopaedic Residency in 1982, and completed his training as a Senior Registrar in Orthopaedics at the University of Auckland, in New Zealand in 1983. He and his wife at the time, Cindy (Tripp Farrar), then traveled the long way home, spending a month each in Nepal, India, and Europe before coming to Wenatchee, WA. In the fall of 1983, he joined Dr Fred Deal, and then Dr Mark Broberg to establish Wenatchee Orthopaedics. After several years in practice, Dr Farrar returned to Swedish Hospital in Seattle and did a fellowship in Spine Surgery with Dr Ted Wagner in 1990. He also rejoined the clinical faculty at the University of Washington, and would take monthly call at Harborview Medical Center from 1994-2001, maintaining connections between Seattle and Wenatchee for many years. After these busy years, he became a board member of the Washington State Orthopaedic Association, and served as President of the WSOA from 2004-2006. He was honored by the University of Washington with the Distinguished Alumnus Award in 2013. In 2017, he was a honored with the Lifetime Achievement Award given by the WSOA. He also served on the Hospital Foundation Board for 10 years. As medical practice and the delivery of medical care changed over the years, Wenatchee Orthopaedics grew to eventually become a part of Confluence Health Care, a system that Dr Farrar was proud to be a part of. Dr Farrar’s life was abruptly changed when he was hit by a car in 2008 while riding his bicycle to work. The accident left him paralyzed from the chest down leaving him unable to perform surgeries. However, he was able to continue providing care as a diagnostician and consultant, giving his life meaning and purpose. The ability to help others and provide care was a source of great joy for him, and his greatest achievement was many years of caring for others here in NCW. Following his accident Ed found a wonderful new group of friends that shared with him his passion for cycling. He affectionately referred to them as the “B team” and they spent nearly every morning on the Apple Capital Loop Trail, Ed on his hand cycle. Countless miles were followed by countless coffees, meals and conversations that created Ed’s day to day enjoyment. Ed was proceeded in death by his father Edward Larston Farrar II MD. He is survived by his son, Tyler Farrar, daughter-in-law Stephanie Wade Farrar, their son Colton Stewart Farrar; his son Fletcher Farrar, daughter-in-law Veronica Lenoski Farrar, their daughter Aydra Skye Farrar; his stepson Scott Tripp, stepdaughter-in-law Lori Tripp, their children Taylor (Tripp) Roberts, Tucker Tripp and Delaney Tripp; his mother Elizabeth (Betty) McEwen, his siblings Robert Farrar, Douglas Farrar, Marcia Girdley, their respective spouses, numerous nieces, nephews; and by his dear friend and companion Majka Sadel. A public celebration of life will be held on a date and at a location to be determined.

Edward (Ed) Larston Farrar III was born on June 12, 1951 in Atlanta, GA, to Elizabeth and Edward L Farrar II, the first of their four children. His childhood was spent in Orlando, FL where his father was an orthopaedic surgeon. Upon completion... View Obituary & Service Information

The family of Edward L. Farrar III, MD created this Life Tributes page to make it easy to share your memories.