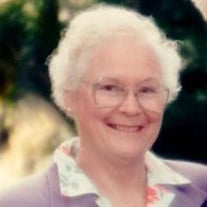 Gloria May Bourton Orondo Washington Gloria peacefully passed away Monday, July 1 at age 91. Born October 28, 1927 to Goldy (Johnson) and William Tober in Bremerton, Washington, she was a proud descendent of early pioneers of the Big Bend Country. Her Swedish grandparents John and Augusta Johnson homesteaded on land south of Farmer, Washington in 1889. Gloria’s early years were spent as a “Navy Brat” traveling between naval bases at Bremerton, Washington and Long Beach, California while the family followed her father’s deployments to the Pacific. Her father, William, went missing at war following the Pearl Harbor attack in 1941. At that time her mother moved Gloria and her sister Dorothy from Long Beach back to Washington to be closer to family. While living in East Wenatchee she attended Wenatchee High School. She was a member of the “Bridge Walker” kids living in East Wenatchee and walking across the Columbia River Bridge to attend the only high school in the area which was the Wenatchee High School. She graduated in 1945 and went to work as a nurse for Dr. Arthur Ludwick. Gloria married Joe Bourton on June 21, 1947 and proceeded to build a beautiful life together. Their union produced four children, Michele, Michael, Bill and Jeanette. They lived in and were a part of the Orondo community, first living in the Browns Canyon/Brays Landing area, initially with no PUD electricity or telephone. In 1965 they moved to property along the Columbia River where they built a home and planted an orchard. Together they worked as dry land wheat and cherry farmers. In the winter seasons, they both worked for many years at Stevens Pass ski area. Their work ethic and diligence made them successful in these efforts. They had a wonderful life together until Joe passed away in 2011. Gloria’s interests in life were reflected in the great variety of flowers, vegetables and trees that made up her gorgeous garden. Possessing a very green thumb she could grow anything from acorns to kiwis and asters to beautiful roses. Her zest for life was felt by everyone and everything she touched. Gloria’s love of quilting produced beautiful quilts, wall hangings, tablecloths and more. Because of her talent and generosity her family will enjoy these pieces for years to come. In addition to raising her family and farming Gloria worked and volunteered in a variety of activities over the years: teaching assistant at the Orondo Elementary School, Washington State Fruit Inspector, Red Cross Blood Drive, Orondo Garden Club, Waterville Historical Society, US Ski Association Referee, and the occasional ham radio operator. Gloria was preceded in death by her sister Dorothy, parents Goldy and William Tober and husband Joe. Survivors include daughters Michele and Jeanette (Hal Rees), and sons Michael (Annie Ward) and Bill (Lynn) all of Wenatchee. The family is very grateful for the wonderful care Gloria received over the last several years, especially from the staff members of Confluence Health, Regency Rehabilitation Center, Blossom Valley Assisted Living and Prime Point Care Consulting. A graveside service at Waterville Cemetery will be held on Wednesday, July 10 at 10:00 a.m. A reception for family and friends will be held immediately following the service at the United Lutheran Church located at 203 South Chelan Street in Waterville. In lieu of flowers please consider making a donation in Gloria’s memory to the Orondo Fire District, P.O. Box 258, Orondo, WA 98843.

The family of Gloria M. Bourton created this Life Tributes page to make it easy to share your memories.