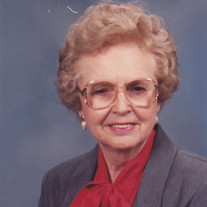 Gwen Obituary Gwendolyn (Gwen) S Kirby went to be with Her Lord and Savior on March 19, 2020 at the age of 101. Gwen was born February 3, 1919 in Superior, MT to E.R. (Eldon) and Mary E (Gildersleeve) Vandegraft. Her family moved to Washington when she was 5. She started first grade at Lake Wenatchee and in 1939 graduated from Leavenworth High School. Later that year Gwen married Lloyd M (Jack) Kirby in Okanogan, WA. In 1942 they moved to Wenatchee, in the Squilchuck community, where their daughter Sharon was born, and then a few years later their son Daryl was born. Gwen and Jack lived 63 years in Squilchuck farming apples and cherries. They were members of the First United Methodist Church in Wenatchee. Gwen was active as a 4-H leader, was a member of the Squilchuck Service Club, worked in a few local fruit warehouses, and worked for 14 years at the Mission Ridge Ski Resort from the time it opened in 1966. Gwen also enjoyed crafts and crocheting, making many beautiful blankets, afghans, and gifts through the years. Gwen and Jack enjoyed travelling, their Old Gang gatherings, and boating & fishing while staying at the Lake Chelan Yacht Club. After Jack's passing Gwen left the farm and went to live with her daughter, enjoying many years of vacationing in Maui. She became a member of Eastmont Baptist Church, where she met many new and wonderful friends; she was especially fond of her Love One Another Sunday School class. Gwen is survived by her daughter Sharon Cunningham of Wenatchee; daughter-in-law Vivian Kirby of Wenatchee; grandchildren Jeff (Joann) Cunningham of East Wenatchee, Shelly (Ray) Phelps of Wenatchee, Kathleen (Brad) Jeffery of Wenatchee, and Kyle (Tammy) Kirby of Vancouver, WA; great grandchildren Jordan (Dalton) Thorsen, Madison & Cassidy Cunningham, Ryan & Randall Phelps, Brian Jeffery, Kian & Holly Kirby. She also had two great great grandchildren, Lucas and Payton Thorsen. She leaves behind all her beloved nieces and nephews. Gwen was preceded in death by husband Jack; son Daryl; her brothers Lyle, Eldon Jr., Jack, & Jim; and son-in-law Glenn Cunningham. The Family would like to thank Dr. Bricker, Dr. Egdemon, Home Health, and Hospice for their kind and wonderful care given to Gwen. She will always be remembered as our sweet and loving “Gammans”. Private disposition will take place at Cashmere City Cemetery.

Gwen Obituary Gwendolyn (Gwen) S Kirby went to be with Her Lord and Savior on March 19, 2020 at the age of 101. Gwen was born February 3, 1919 in Superior, MT to E.R. (Eldon) and Mary E (Gildersleeve) Vandegraft. Her family moved to Washington... View Obituary & Service Information

The family of Gwendolyn "Gwen" Kirby created this Life Tributes page to make it easy to share your memories.

Gwen Obituary
Gwendolyn (Gwen) S Kirby went to be with Her Lord...