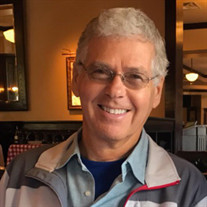 Henry "Hank" William Schauer, 79, went home to be with his Lord on Friday, April 23, 2021. Hank was born on June 26, 1941 in Aberdeen, Washington and was one of six children that grew up in the Renton area. He graduated from Renton High School in 1959, where he met and later married Denise Yoder in 1961. Together they raised two children. He attended the University of Washington. He started his career as a draftsman at Boeing in 1960 and held several design and Lead Designer roles as a Licensed Mechanical Engineer, specializing primarily in aircraft propulsion systems at multiple companies throughout the United States. He worked on designs for the KC135, Stealth Bomber, F111 Aardvark nuclear bomber, Boeing 707 - 787, 737 MAX, 747X, and his favorite the 737NG. He then fully retired from Boeing in 2011. He later married Joyce MacDonald in 1995, who preceded him in death in 2017. He was very active in his church and had a heart for spreading the gospel through short-term missions. Over the course of 15 years, Hank and Joyce started a church plant in Orlando, Florida, and led over a dozen short-term missions to Namibia, Latvia, Swaziland, Jamaica, and Dominican Republic. In 2018, Hank moved to Wenatchee, Washington to be closer to his daughter’s family. This is where he met and married Susan Eisenhart in December 2020. He was an avid reader, enjoyed travel, playing pickleball, dancing, hiking, bicycling and taking long walks. He continued to be active in his church and community by volunteering at Serve Wenatchee and joining a mission trip to Sicily, Italy in 2018. He loved his children, grandchildren and great grandchildren. He taught them at an early age of the love that Jesus Christ had for them. (John 3:16). Hank was preceded in death by his parents Henry and Bertha Schauer, as well as his sisters Janice Dempsey and Sharon Wagar. In addition to his new wife, Susan, Hank is survived by his children, Samuel Erickson, Lynda (Rob) Jammerman, and Jeremy (Malia) Yoder. Siblings; Steven (Denny) Schauer, Margie (Sterling) Jex, Mary (Gordon) Wanner. Grandchildren; Mikaela (Jackson) Elms, Dorian Elms, Trey Jammerman, Sierra Jammerman, Kai Yoder, and Cade Yoder. Great grandchildren; Alexis and Natalie Wesley. He will be greatly missed by many nieces, nephews and other extended family members as well as many lifelong friends. A Celebration of Life Service will be held at 277 Melody Lane, Wenatchee, Washington, on Monday, May 24th, 2021 at 11am. The family asks that any donations made in Hank’s honor go toward the Fred Hutchinson Cancer Research Center. fredhutch.org

Henry "Hank" William Schauer, 79, went home to be with his Lord on Friday, April 23, 2021. Hank was born on June 26, 1941 in Aberdeen, Washington and was one of six children that grew up in the Renton area. He graduated from Renton High School... View Obituary & Service Information

The family of Hank Schauer created this Life Tributes page to make it easy to share your memories.

Henry &quot;Hank&quot; William Schauer, 79, went home to be with his Lord...