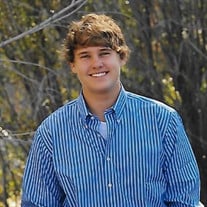 Jacob S. McDonald, 24, of Entiat, left us too early on September 29, 2019 as a result of injuries sustained in a motor vehicle accident on Blewett Pass, WA. He was born November 26, 1994 in Wenatchee to Timothy McDonald and Shelley Wahlquist. Jacob attended Entiat schools through 8th grade then transferred to Wenatchee High School where he graduated with the class of 2013. Jacob then graduated from the School of Business with degrees in economics, accounting and business at Central Washington University in June of 2017. Most recently Jacob was living in Chelan working with his father at McDonald Building, L.L.C. General Contractors in Entiat, WA. Jacob was also a business owner, J&T L.L.C., with his brother Tyler, leasing out a rental in Ellensburg and was working as a business manager for McDonald Building where he was forming an exciting professional career. Jacob was adamant about carving out his own path in life. He enjoyed vacations with his family most recently a cruise in the Caribbean with his mother and a boat trip in the San Juan Islands with his father. He also enjoyed shooting guns and riding motor bikes with his stepfather Chad and friends, including the iron man at the desert 100. Jacob was a skilled craftsman which allowed him to take advantage of vehicles and bikes others had discarded, he could always turn a buck doing it too. Jacob is survived by his parents Shelley Wahlquist (Erik) of Wenatchee, and Tim McDonald (Jennie) of Entiat, Chad Rissman (Amber) and his brother Tyler McDonald. He leaves his grandparents, Gary and Anita McDonald, of Entiat, Barbara Romine of Yuma, AZ., Gary and Molly DeChenne of Wenatchee, and Tom and Jan Rissman of Wenatchee and Marilyn and Jeff Wahlquist of Spokane. He is also survived by step-siblings Megan and Jason Wahlquist, Nick and Stephanie Snyder, Callie, Camden and Chase Loidhamer; in addition to many cousins and close friends. Funeral arrangements are being handled by Jones and Jones ~ Betts Funeral Home in Wenatchee. A celebration of life will be held on Saturday, October 19th at 1:00 pm at the Sage Hills church in Wenatchee.

Jacob S. McDonald, 24, of Entiat, left us too early on September 29, 2019 as a result of injuries sustained in a motor vehicle accident on Blewett Pass, WA. He was born November 26, 1994 in Wenatchee to Timothy McDonald and Shelley Wahlquist.... View Obituary & Service Information

The family of Jacob McDonald created this Life Tributes page to make it easy to share your memories.

Jacob S. McDonald, 24, of Entiat, left us too early on September...