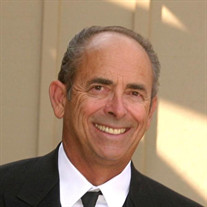 JAMES PATRICK MC DONALD, JR January 21, 1944 – April 13, 2022 East Wenatchee, WA Born on January 21, 1944, in Spokane, WA, to Josephine McDonald and James Patrick McDonald, Sr., Jim’s family moved to Entiat, WA, soon thereafter. Jim grew up in Entiat, graduating from Entiat High School in 1962. After high school, he attended Wenatchee Valley College and studied engineering at Seattle University. Jim also served in the National Guard from 1965 to 1971. Jim met his future wife Pat, through a mutual friend in January, 1968. It was love at first sight and it only took him about 6 months to convince Pat. They were married in July of 1969, and lived in Seattle for a short time before moving to Wenatchee. Jim became a partner in Ramey’s Paint and Glass, which eventually became Inside Design Carpet One. Jim and Pat’s son, Joel, was born in 1976, followed by a daughter, Siobhan, in 1979. Jim was a Car Guy to the core. He saw his first Corvette in 1954 at the age of 10 and decided right then and there to have one of those one day. He followed up on that promise by owning more Corvettes than we can count, including the 1954 that he restored from the ground up. It took him seven years but it was a Top Flight show car that took many awards at Corvette shows. He was a founding member of the original Wenatchee Valley Corvette Club in the early 70’s and served as President of the current Wenatchee Valley Corvette Club until passing the baton just a few years ago. Jim’s knowledge of Corvettes and the mechanics was second to none and he definitely was the guy to call if you had a problem with your car. Pat drove a 1963 Corvette Split Window Coupe for years until two kids and the groceries wouldn’t fit and she had to move on. At the same time Jim sold the ‘54 and the focus turned from cars to boating (that meant he still had motors to fiddle with). The family spent over 35 years boating in the San Juans, the Canadian Gulf Islands and Desolation Sound. There are plenty of stories about the fun times had on the water, shared by a faithful group of fellow boaters. The love of cars was reignited in 2002, when he bought another Corvette – and then another one in 2005 – and then another one in 2016. Only one remains in the garage at this time; the only one he ever bought brand new, a 2017 Corvette Grand Sport. Jim and Pat flew to Bowling Green, Kentucky, picked it up at the factory and then drove it home. Check that off the bucket list! Jim became involved with the Apple Blossom Festival when Pat became a Royalty Chaperone in 2005. They joined the Wenatchee Applarians in 2007, enjoying many activities and events. Jim and Pat began working on the Apple Blossom floats in 2013. In 2014 they designed and built the Queen’s float. Jim built a kid sized replica of a Chris Craft runabout for the float that year and became known as Mr. Light Fantastic for his ability to engineer all the lighting necessary for those night time parades. Jim could build and fix almost anything and that talent came in handy during those float building years. Both Jim and Pat loved to travel and took many great trips to Europe, Japan, Canada and Hawaii as well as in the continental United States. Jim was also a very good dancer and really knew how to “cut a rug”. He and his bride were often the first ones on the dance floor and the last ones off. Jim was a member of the Downtown Rotary Club for over 35 years. He is a Paul Harris Fellow and a Paul Scea Fellow. Throughout his time in Rotary he was a hands-on volunteer for several community projects. He was also a member of Holy Apostles Catholic Church as well as St. Joseph’s Catholic Church. He was an active member of the community, a beloved husband, Dad and Boppa and will be truly missed by those who knew and loved him. Jim was preceded in death by his parents, his sister, Jeannine Cantor and his brother Bill. He is survived by his wife, Pat, his son Joel (Brett) and daughter Siobhan Piechowski (David) and four grandchildren, Miles, Silas, Sonya and Cora and a brother, Gary.

The family of James P. McDonald Jr. created this Life Tributes page to make it easy to share your memories.