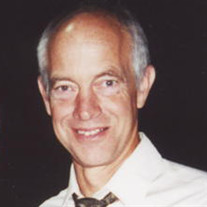 James (Jim) Andrew Tiedeman, age 69 of Wenatchee, WA passed away July 11th from a heart attack. He was born July 7th, 1950 in Everett, WA. Jim’s early years were spent exploring the woods, building forts, and playing cowboys and Indians with his 2 brothers Bruce and Richard on a small farm in Marysville, WA. On 20 acres of pasture adjacent to their property, all three boys loved to climb and eat delicious fruit from the trees. On trips to North Dakota to visit grandparents, Jim became interested in farming and cattle and would collect and label handfuls of various types of grain. He sold corn, milk from his cows, and raised beef. Jim was active in Future Farmers of America (FFA) and graduated from Marysville High School in 1968. After high school, he joined the Naval Air Reserve. He met Sandy (his wife of 45 years) while attending Washington State University where he received a Bachelor of Science degree in Soil Conservation. They married in 1974 and attended Colorado State University where Jim earned his Ph.D. in Range Management. Jim’s interest in travel and work in foreign countries began in Lesotho (southern Africa) where he accepted a position on a Farming Systems Project through WSU International Programs. During their 4-year stay, they toured game parks, traveled to other African countries and started their family. Upon returning to the United States with 2 children, Amanda and Jake, they established a home base in Pullman, WA. They took other opportunities to live and work in the developing countries of Tunisia and Morocco, totaling 12 years overseas. In 1994, the Tiedeman family set down roots in Wenatchee and built a home on the Columbia River. These were great times to reconnect with family after many years abroad. Jim worked with the U.S. Forest Service and the Bureau of Land Management. With children in college, the empty nesters accepted another foreign assignment. As a Range Management scientist in Syria, Jim was responsible for increasing forage and livestock production. He worked with nomadic groups who shared grazing areas. Learning about people and their customs wherever he traveled, he exposed his family to this diversity and increased their awareness of other cultures, religions and languages. Memorable experiences include riding camels in the Sahara, sharing tea as guests in a Bedouin tent in Morocco, and strolling through the 5000 year old market in Aleppo, Syria. In retirement, Jim continued to travel globally and enjoy his passions of waterskiing, snow skiing, birdwatching and hiking. He had a great imagination, was compassionate, and had a special way of living in the moment and loving life. Jim is survived by his wife Sandy of Wenatchee, his son Jake of Cashmere, his daughter and son-in-law Amanda and Dave Pearson with granddaughters Juniper and Sierra of Pocatello, ID., his brother and sister-in-law Richard and Connie Tiedeman of Poulsbo, numerous nieces, nephews and cousins. A Celebration of Jim’s Life will be held at Red Tail Canyon Farm in Leavenworth, WA on August 23rd, 2019 at 2pm. In lieu of flowers, donations may be made in Jim’s name to any of the following: Audubon Society https://action.audubon.org/donate/make-tribute-gift Native Plant Society https://www.wnps.org/donation/make-a-donation Chelan/Douglas County Land Trust https://www.cdlandtrust.org/support-us/donate

The family of James A "Jim" Tiedeman created this Life Tributes page to make it easy to share your memories.