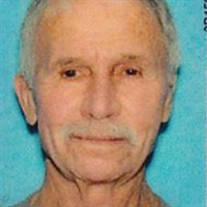 John Agar Scaman III passed away in a Seattle hospital from injuries sustained in a bicycle accident in East Wenatchee on May 27th. Born April 12, 1944, John was a proud member of the pioneering Scaman and Capt. Alexander Griggs families who settled in the Wenatchee Valley in the late 1890’s. Following graduation from East Wenatchee High School, John attended Wenatchee Valley College and then worked for the Forest Service. He moved to Seattle where he spent the rest of his career working for Puget Sound Engergy. In the early 2000’s, John and his partner of 27 years, Mary Tomchek, moved back to East Wenatchee to enjoy their time at Lake Chelan and their love of bicycling. Mary passed away in 2004 following a nine year battle with ovarian cancer. John and Mary were passionate bike riders and scuba divers. They took several bicycle and scuba diving trips to other parts of the world seeing the sights and enjoying the experiences only explorers can enjoy. The accident that took his life was not his first. Once he had his bike legs under him again, he continued riding his bicycle without a helmet and no ID as well as scuba diving, dirt bike riding, downhill skiing, and climbing fir trees to trim, often returning home bruised, scratched, broken, and bloodied. He had a life time love of old tractors, tinkering with them to get them running again. His home was filled with tractor magazines, parts and gizmos for his beloved tractors. John grew up spending his summers on the shores of Lake Chelan. He loved his cabin, water skiing, hiking, picture taking, and scuba diving looking for “interesting things” in the lake. He was preceded in death by his parents John Agar Scaman, Jr. and Ruth Laughlin Scaman, and his sister, Patty “Leta” Scaman Baker. He is survived by his cousins, Denise Carter, Jake Scaman, Dick Scaman, Sydney Crollard Ranney, Kim Crollard Gustafson, Dan Mathison, Marlene Mathison, Lloyd Wilhelm, and Karen Wilhelm. Four nephews also survive: Mike Bauer, Jeff Bauer, Brian Bauer, and Jon Bauer. A graveside service will be held at 2:00 on September 15th at Evergreen Memorial Park. A special thank you goes to Denise Carter who spent the last three months in Seattle keeping John company and coordinated his care. Memorials may be made in John’s name to the Chelan-Douglas Land Trust, 18 N Wenatchee Ave, Wenatchee, WA 98801. Please wear a helmet when bike riding!

John Agar Scaman III passed away in a Seattle hospital from injuries sustained in a bicycle accident in East Wenatchee on May 27th. Born April 12, 1944, John was a proud member of the pioneering Scaman and Capt. Alexander Griggs families who... View Obituary & Service Information

The family of John A. Scaman III created this Life Tributes page to make it easy to share your memories.

John Agar Scaman III passed away in a Seattle hospital from injuries...