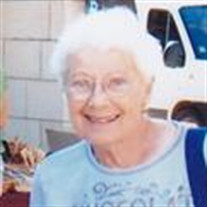 Karen Bomstead Whitmore, 87, a 61 year resident of Wenatchee, passed away on Monday, October 21, 2019. She was born February 17, 1932 in Tacoma, Wa to Olive and Edward Bomstead. She was a true Norwegian through and through. Her Grandfather, Gustav Bomstead, was a Norwegian sailor aboard a Norwegian sailing vessel. When it docked in Tacoma in the 1880’s, he jumped ship and stayed in the US in the Tacoma area. Karen’s mother’s family immigrated from Bergan, Norway to the United States in the late 1800’s and settled in the Tacoma area. Karen grew up in Seattle in the Laurelhurst area. She graduated from Roosevelt High School in 1950 and from the University of Washington, where she was an Alpha Phi, in 1954. After graduation from college, she began a career as a secretary at a time when all work was done by shorthand and typewriters. No computers. Her work took her to Hurst Advertising associated with the Seattle P-I. In 1956 she renewed her acquaintance with Dave Whitmore who was a law school student at that time. They married in 1957 and after his graduation in 1958 they moved to Wenatchee where they have lived ever since during 62 years of marriage. Karen’s father taught her to ski when she was in her early teens. They skied on Mt. Rainer. She loved to ski and skied her life. She taught skiing at Squilchuck State Park and then at Mission Ridge until arthritis required her to slow down. When she could no longer put her ski boots on, she switched to cross-country skiing. To say she was always active is an understatement. In addition to skiing, she and Dave took up sailing. They sailed Puget Sound, The Caribbean Islands, Italy and Greece. Karen loved to travel. After their first son, Stuart, was born in 1958, Karen continued to work and be the homemaker. When their daughter, Megan, was born in 1959, she continued to work and be the homemaker. As the two kids grew, she ceased working and became a full-time homemaker and community activist. She was always involved in community affairs and activities. Their third son, John (now deceased) was born in 1965. Karen is survived by her husband of 62 years, David Whitmore; her son, Suart A. Whitmore; her daughter, Megan Whitmore; and her brother, Carl E. Bomstead. At Karen’s request there will be no services.

Karen Bomstead Whitmore, 87, a 61 year resident of Wenatchee, passed away on Monday, October 21, 2019. She was born February 17, 1932 in Tacoma, Wa to Olive and Edward Bomstead. She was a true Norwegian through and through. Her Grandfather,... View Obituary & Service Information

The family of Karen Whitmore created this Life Tributes page to make it easy to share your memories.