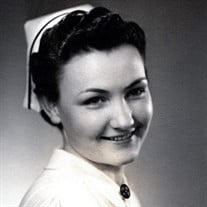 February 4th, 1919 was not a particularly notable nor historic day. World War I had been over for several months and most of the troops were on their way home. Woodrow Wilson was president and Benedict XV was the pope. To Patrick and Francse Smith, however, it was a very important day. It was the day their first daughter Kathryn Sabina was born. It was not a hospitable environment that she was born into; the family home was a tent in a snowy field at the base of a low hill outside of a small community known as Twisp. Some homes and businesses had electricity and a few had indoor plumbing. The Smith home had neither. This town in Okanogan county had a one-room school house where Sabina received her early education. Sabina left Twisp for good after she graduated from high school and moved to Bremerton to attend nursing school. In 1940, her friend and classmate Virginia introduced Sabina to her cute brother Leslie Kane. On December 2, 1940, Sabina and Les were married in Twisp and made their first home in Bremerton. After the war, they moved their small family, which now included Patricia and Allan to Wenatchee. Terrence and Kate joined the family there and the growing family then moved to Cashmere where Sabina, Robert, James, Grace and later Ron Lyter completed the set. In 1951, Sabina resumed her nursing career at the Cashmere Nursing Home and she retired from there as the Director of Nursing in 1974. Retirement wasn’t an easy step for her and so she spent the next several years training dozens of nurses aides. For decades after, she devoted much of her time providing compassion and friendship to many elderly people in the community who had limited resources and mobility. Her faith in God was a strength that sustained her throughout her life and was a source of great comfort in her final years. She was a long time member of St. Francis Xavier church in Cashmere. Her husband Leslie died in 2011 after 70 years of marriage. Being a widow was not an easy transition for her but with the help of her children, particularly her son Terry, she continued a happy and fulfilling life. In addition to the eight children, Sabina leaves behind twelve grand children, Kim Leighton of Paonia CO, Ben Williams of Daly City CA, Mike Greene of Boise ID, Chris Greene of San Diego CA, Martin Kane , Alex Kane, John Kane, and Brian Kane, all of Chula Vista CA, Tracy Becker of Chula Vista CA, Sara Kane Pevny of Marysville WA, James Kane and Edward Kane of Wenatchee WA. Additionally, Sabina had 23 great grand children. Sabina was preceded in death by her siblings Desmond, Jack, Lewis, Helen Peterson, and James Alan Smith. She will be missed by many and loved by those whose lives she touched. A graveside service will be held Friday, April 1, 2022 at 2PM at Cashmere City Cemetery.

February 4th, 1919 was not a particularly notable nor historic day. World War I had been over for several months and most of the troops were on their way home. Woodrow Wilson was president and Benedict XV was the pope. To Patrick and Francse... View Obituary & Service Information

The family of Kathryn Sabina Kane created this Life Tributes page to make it easy to share your memories.

February 4th, 1919 was not a particularly notable nor historic...