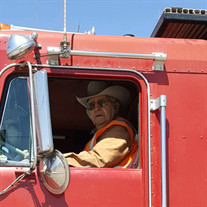 MELVIN EUGENE (MEL) WELTON Melvin Eugene Welton was born on June 12, 1936 in Atkinson, Holt County, Nebraska to his parents, Melvin Edward Welton and Ines Evaline (Dietsch) Welton He died on September 25, 2021 suddenly after a short battle with cancer. His early years were spent growing up on a cattle ranch, dairy cattle, and hay. At eight years old, Mel had his own team of horses bringing in hay to the barn. Mel attended school in a one room country school house. He also rode a horse to school, and the horses were kept in a barn for the day. At ten years old, Mel, his parents and his sister packed up their belongings and came to Wenatchee in a pickup truck from Burwell, Nebraska. His parents bought their first apple orchard in 1950. In 1954, Mel graduated from Wenatchee High School and went to Wenatchee Junior College for a year. He went to college to learn more about being a carpenter, After college, Mel decided to join the Navy. He wanted to be a pilot. His mother was ill with cancer and asked him not to fly planes because she was afraid he would miss landing on the flat top and go into the ocean. After finishing his tour of duty with the Navy, Mel returned home to Wenatchee and started working in construction. In June, 1958 Mel met Lillian Roberts at a dance at the D and D Roller Rink. They were married on October 11, 1958 in Wenatchee. They were blessed with three sons, Gene, Craig, and Kirk. While in construction, Mel and Lillian bought their first apple orchard and moved to East Wenatchee in 1965. Mel continued to work in construction as a superintendent for Vandivort Construction until January 1970. Mel left the Construction Industry and went to farming full time. He supervised the construction of his C A Storage facility beginning in 1976. He remodeled their home twice and built on to it once. He loved working the orchard with his family, and taking time for his family. He also loved to drive the Kenworth semi-truck and trailer. Mel is survived by his wife of 62 years, his oldest son, Gene and girlfriend, Pam of East Wenatchee. Gene is managing the orchard, and Lillian is still doing the bookkeeping. His son, Craig and his wife Jio from Issaquah, WA. Craig works in Fiber Optics in the Seattle area. Also a special young man to Mel is Jim Cummins and his wife, April who live in Yakima, WA and nieces and nephews. Mel was preceded in death by his youngest son, Kirk, his mother and father, Melvin and Ines Welton, his sister, Beverly, and his step-mother Rose (Davis) Welton, and his niece, Patti. Mel’s family would like to thank Dr. Julie Smith and her staff at the Oncology Department as well as Hospice Staff at Confluence Health. Friends and family may visit Jones & Jones – Betts Funeral Home on Tuesday, October 12 from 4:00 PM to 7:00 PM. Mel’s life will be celebrated on Wednesday, October 13 at 11:00 AM a Grace Lutheran Church, 1408 Washington Street. Interment will be at Evergreen Memorial Park in East Wenatchee.

The family of Mel Welton created this Life Tributes page to make it easy to share your memories.