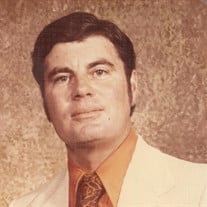 Link to the rosary - https://www.youtube.com/watch?v=eZZu2twl5xk Born June 5, 1934, Michael Allan Doherty, of East Wenatchee, Washington, passed away peacefully in the comfort of his home surrounded by his family on August 4, 2020. Mike was a man of faith and is now at peace with our Lord. Mike leaves behind his daughters Kelly Doherty, Kim (Fred) Williams, sons Michael Doherty, Kevin Carson, sisters Mary (Wayne) Proffitt, Patty (Norm) Rawson and many loving grandchildren, great grandchildren, nieces, nephews and extended family. A devout Catholic, Mike was born in to a strong Irish Catholic family with his faith beginning at an early age as his parents, Patrick and Frances guided Mike and his sisters through a Catholic elementary and high school education in Southern California. As a young child of about six, Mike recalled in a Wenatchee World story published in July 1986, on the 50th anniversary of the book “Gone With The Wind”, the Doherty’s were offered the opportunity to live in the “colonial mansion”, from the film. The home, nicknamed “Tara”, was located on a film lot in Culver City, CA. This opportunity was due to Patrick’s cashier job at the time and Mike indicated while it seemed to the outside that the rented home was ‘extravagant’ – in truth the inside was mostly boarded up and the Doherty family lived simply in the few areas of the house they needed. After graduating from high school, Mike joined the United States Navy where he proudly served his country in the Korean war, receiving the good conduct medal in 1957. After leaving the Navy, Mike was employed in the Aerospace industry at Vandenberg Air Force Base in Lompoc, California. In the early ‘70’s Mike and his family moved to Wenatchee where Mike worked in advertising at the Wenatchee World, retiring after 17 years. Growing up Mike was very active in sports and was a skilled baseball player. Mike enjoyed many things during his lifetime including photography, golf, watching the Seahawks and undertaking large scale landscaping projects like waterfalls, ponds and pools. A particular passion and talent of Mike’s was art, his many detailed drawings and artwork are shared and treasured among Mike’s family. Viewing Thursday, August 13, 2020 at 4-7 P.M. with a Rosary to be recited at 6 P.M. at Jones & Jones- Betts Funeral Home at 302 9th St, Wenatchee, WA. Funeral services for Mike will be at Holy Apostles Church in East Wenatchee on Friday, August 14 at 1:00 PM. Mike’s final resting place will be at the Wenatchee Cemetery.

Link to the rosary - https://www.youtube.com/watch?v=eZZu2twl5xk Born June 5, 1934, Michael Allan Doherty, of East Wenatchee, Washington, passed away peacefully in the comfort of his home surrounded by his family on August 4, 2020. Mike was... View Obituary & Service Information

The family of Michael A. Doherty created this Life Tributes page to make it easy to share your memories.

Link to the rosary -