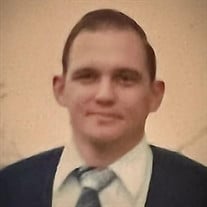 Mike was born on May 20th, 1950 to Irvin and Edna Hardiman in Nampa, Idaho. He was the second of six children. The Hardiman family moved to Royal City, Washington in 1954. This is where Mike grew up and he graduated from Royal City High School in 1968. After high school Mike went to Big Bend Community College in Moses Lake for two years. After college he joined the Marine Corp in 1969, which took him to Viet Nam. He was honorably discharged in 1971. Following his discharge from the military, he started his own business in the agricultural hay industry. During this time he attended gospel meetings offered by two ministers, Marian Thorburn and Joyce Long, who taught according to the New Testament. He made his profession to serve God in those meetings in TriCities in 1971. This gave him fellowship and friendship with a worldwide Christian family. For 10 years, from 1972 to 1982, Mike left his home and belongings behind to serve in the ministry, teaching the same gospel message that he had been listening to. In 1983 Mike began a career in the construction industry. In 1986 he married Tammi Newman in Lake Tahoe, California. Mike and Tammi’s first home was in Tonasket, where Mike worked for S & J Lumber Company. Their only child, Brett, was born there in 1988. Later that year the Hardiman family moved to Anacortes, Washington. Mike worked in the shipyards from 1988 to 2003 as a welder. In 2004 Mike moved to Wenatchee, where he lived until his passing. Mike passed away just before midnight on Wednesday, April 27th, less than 2 weeks after a major heart surgery at the University of Washington Medical Center in Seattle. His family is satisfied that his medical team did an excellent job with his surgery and care. Most of all, they are very thankful for his unwavering love for the Lord. Mike is survived by his wife, Tammi and son Brett, his older brother Ted and his wife Marilyn of North Carolina, his younger brother Dan of Texas, his sister Patti and her husband Rex Sexton of Vancouver Washington, his mother-in-law Adah and her husband Joe Plews of Portland Oregon, sister-in-law Lori and husband Jim Dawson of Mesa Arizona, and brother-in-law Kelly and his wife Marie Newman of Billings Montana, an aunt, numerous cousins, nieces, nephews and many friends. Mike was preceded in death by his brother Charles Lester, sister Becky Arnold, his parents and his grandparents. Mike has expressed a desire for donations to the American Legion Tum Tum Post 168, Amboy. People can either send a check with Mike Hardiman in the memo section to PO Box 431, Amboy WA 98601, or they can visit the website https://amboytumtumpost168.org. At the bottom of the HOME page they will find a PayPal Donate Button they can use. Any money we receive in Mike’s name will go 100% to Veteran Programs.

Mike was born on May 20th, 1950 to Irvin and Edna Hardiman in Nampa, Idaho. He was the second of six children. The Hardiman family moved to Royal City, Washington in 1954. This is where Mike grew up and he graduated from Royal City High School... View Obituary & Service Information

The family of Michael L. "Mike" Hardiman created this Life Tributes page to make it easy to share your memories.