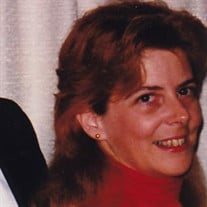 Phyllis Kathleen Browning, known as Kathy, entered eternal rest on Monday, October 28, 2019. Born November 16, 1945 to Philip and Irene Lymburner (Kerr), six months after her father’s death, Kathy was raised by her mom and new “Dad”, Henry W. Schoenmakers. In 1963 she married Sammy D. Rains and they had one child, Tarina, who passed in 1966 from complications following viral encephalitis. After their marriage ended< Kathy married Donald Browning. During their twelve year marriage they had two sons, Keith Wayne and Gary Edwin Browning. They remained very close friends until Mr. Browning’s death. In 1985, Kathy met Michael Hilscher and they were together until her passing. Kathy worked as a secretary / bookkeeper, accounting clerk and property manager. She was a placement interviewer for a federal job training program in the late 70’s. As a municipal clerk / treasurer, she was active in the state’s Municipal Clerks’ Association and the state’s Finance Officers’ Association. Following determination of disability, Kathy devoted her time to being a homemaker and raising her grandson, Dylan. As an empty nester, Kathy became involved in the Wenatchee Valley Senior Activity Center, where she volunteered some and made many friends. Kathy was preceded in death by her parents and her sister, Lynda Hickok, and her daughter, Tarina Rains. She is survived by her sisters, Frances Armstrong of Alamogordo, New Mexico, Nancy (Gene) Moore of Englewood, Ohio, Anne Rainbolt of Wenachee, Doris (Fred) Schaller of Friday Harbor, Clara (Norm) Wall of Poulsbo; her brothers, Jim (Dee) Schoenmakers, Joe Schoenmakers all of Wenatchee, and John (Dixie) Schoenmakers of Spokane. She is survived by her sons, Keith Browning of Tacoma and Gary Browning of Wenatchee; her grandson, Dylan Browning of Wenatchee; her granddaughter, Terra Putman of Yakima / Moses Lake; and her great-grandson, Joe Jennings of Malaga. And, Kathy is survived by her significant other, Michael Hilscher and many nieces, nephews and grand-nieces and nephews and a few great grands.

The family of Phyllis "Kathy" Browning created this Life Tributes page to make it easy to share your memories.