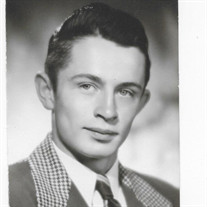 Richard was born June 6, 1929 in Wenatchee Washington, the son of Leetta and Alec Reiber. Richard graduated from Dryden High School in 1948. On March 4, 1950 he married Catherine Dormairer. On January 4, 1954, he and Cathy purchased the Elliott Ranch in Orondo where they pursued a very successful life of family, farming and community service, then retiring in 1997 after 43 years of farming and acting as owner/operator of Orondo Fruit Shippers Inc. Richard was a former member of the Fraternal Order of Eagles, Elks, Orondo Community Church, and the Orondo Grange where he was the at one time the Deputy Master for Douglas County. Richard’s board service to his community included Douglas County Soil Conservation, Clearing House Board for Orondo, Orondo School District, Grange Supply, Republican Central Committee for Orondo, Church Elder, and was also a member of the Washington National Guard. Richard and Catherine enjoyed many camping and fishing trips with lifelong friends Dave and Harriett Davies and with Richard’s sister, Shirley and brother-in-law Don Olin aboard their yacht. He is survived by 2 sisters, Joyce West of Centralia, and Terri Hood of Tacoma.; son, Steven Reiber of Seward, Alaska; son and daughter-in-law Doug and Christy Reiber of Orondo; and daughter and son-in-law Betty and Bruce Skelton of Orondo; 8 grandchildren; and 13 great grandchildren. Richard was preceded in death by his wife, Catherine; his brother, Bob; and sister, Shirley Olin. A graveside service for Richard will be held at the Orondo Cemetery on Friday September 25 at 2:00 pm. The family would request that in lieu of flowers, please make donations to the Orondo Community Church or the Orondo Volunteer Fire Department.

Richard was born June 6, 1929 in Wenatchee Washington, the son of Leetta and Alec Reiber. Richard graduated from Dryden High School in 1948. On March 4, 1950 he married Catherine Dormairer. On January 4, 1954, he and Cathy purchased the Elliott... View Obituary & Service Information

The family of Richard A. Reiber created this Life Tributes page to make it easy to share your memories.