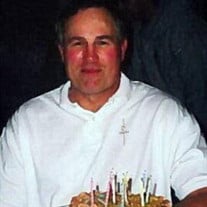 Bob Stirling, a long-time Wenatchee, WA, resident, passed away peacefully on the afternoon of June 10, 2022, following an extended illness. He was born in Santa Ana, CA, on January 7, 1948. Bob graduated from Westminster High School and went on to graduate from the University of Southern California. The university provided him with a full athletic scholarship, and the opportunity to study at an outstanding institution that he, otherwise, could not afford to attend. Although he adored his adopted state, he remained a loyal USC Trojan fan all his life. Bob enjoyed fishing, hunting, and spending time at the family cabin on Lake Chelan. He, additionally, enjoyed reading, learning about history, and was proud of his Scottish heritage. He was well-known for his keen intellect and quick wit. Bob was thankful for his many years in the produce business, an industry of which he was very proud. Many growers, customers, and colleagues became his faithful, life-long friends, some of whom were able to visit him during his illness to reminisce and to have one last laugh together. Throughout his career, he was fortunate to travel all over the United States and to many parts of the world. He had a passion for rescuing, restoring, and refurbishing many properties and houses in our valley throughout the years. He and his wife, Julie, were awarded the Summer 2009 City Pride Award for their improvements to one of Wenatchee's historical homes. Bob is survived by his wife, Julie, and their two children: Stephanie Stirling Sellers (Kevin), and Robert Stirling, Jr. (Mandy); as well as their three grandchildren: Madison Grace Stirling, Carson Robert Stirling, and Kevin Matthew Sellers, Jr. He is also survived by his daughter, Laura Louisa Stirling of Leavenworth, WA, and her daughter, Macy. For those who wish to make a donation in his memory, the family would appreciate contributions made to Serve Wenatchee Valley, 12 Orondo Ave., Wenatchee, WA, 98801. Serve Wenatchee is an organization that Bob respected and supported because it assisted many people who live in the valley that he loved.

Bob Stirling, a long-time Wenatchee, WA, resident, passed away peacefully on the afternoon of June 10, 2022, following an extended illness. He was born in Santa Ana, CA, on January 7, 1948. Bob graduated from Westminster High School and went... View Obituary & Service Information

The family of Robert John Stirling Sr. created this Life Tributes page to make it easy to share your memories.