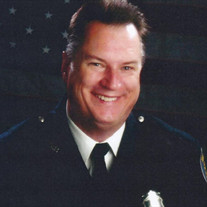 Steven Lowell Martin – February 20, 1960 – February 19, 2021 Steven is survived by his parents, Lawrence and Phyllis Martin of Union Gap, WA, wife Mahala Martin of Leavenworth, WA, daughters Kaleena (Tyler) Amelia, Fiona, & Scarlett Smith of Bothell, WA, Amanda (Richard) Louis, & Ruby Ngo, of San Diego, CA, and Caitlin Leahy, & Mahala of Auburn,WA; brothers Gregory and Charles Martin and their families, aunt, Dolores Prickett of Union Gap, and numerous cousins. Steven spent over 31 exemplary years on the Seattle Police Dept. beginning as an officer and later promoted to Sergeant and Detective Sergeant. He was a champion to those needing aid, with compassion for those whose lives had been fraught with adversity. He was blessed with many talents including his beautiful singing voice that he used in “select” choir in high school, and in more recent years at his favorite Karaoke functions. A gifted writer, he was the published author of several books, poetry submissions and playwright, with many more ideas left to write. Steven was a formidable pitcher playing on world-champion Legion teams, college teams, and drafted by the pros until an arm injury derailed his aspirations of professional ball. His passion for baseball, youth, and life led him to the coaching staff of Cascade H.S., Leavenworth. His goal was to impart his knowledge and love of the game, while interjecting “life” to the boys on the teams, for whom he so cared. He was always available to lend a hand whether it was to the Knights of Columbus, family, or friends. His generosity of heart and self was unparalleled. Steven was a loving/caring son, devoted soul-mate, and extraordinary father, grandfather, brother, brother-in-law, uncle, cousin, nephew and friend; he had a ready smile and great sense of humor, and though he was taken from this world so suddenly and unexpectedly, he will forever be missed by all who knew and loved him.

The family of Steven L. Martin created this Life Tributes page to make it easy to share your memories.