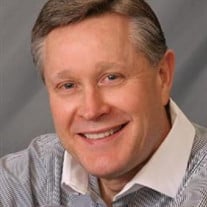 “If you read history you will find that the Christians who did most for the present world were precisely those who thought most of the next.” -CS Lewis The remarkable Dr. Thomas Lester Reynolds went home to Jesus on September 16, 2021 while in the arms of his adoring wife and children. His delightful, witty mother, Anna Mae Reynolds and father, William “Bill” Reynolds, raised six children together. Tom and his twin, Tim, were born on August 3, 1953 in Erie, PA. As a Christian book salesman, Bill, relocated his family often, living in Pennsylvania, South Carolina, Florida, and Canada. Tom moved to Loma Linda, CA at 26 years old. Gifted with a heart of compassion, Tom chose to help the community through dentistry graduating from Loma Linda University in 1983 along with his twin brother, Tim. In his final year of dental school, he met his future wife and ultimately his best friend, Karin M. Smith. A marriage filled with unconditional love, support, encouragement, and understanding they raised two children. In 1991 the family of four moved from San Diego, CA to Moses Lake, WA as Tom joined the Community Health Center to pay off his student debt and assist the underserved. In 1998 they relocated to Wenatchee, WA where Tom joined Tim, practicing at a sister Community Health Center. In October of 2000, Tom and Tim opened the doors to Wenatchee Valley Dental Village, with envisions of a visit nothing shy of Disney Land, complete with a castle, a main street with storefronts, seasonal decorations, and infinite smiles. Tom worked on average 6 days a week, sometimes 8, making the practice “a well-oiled machine.” After 38 years retirement was in his sights. One month after retirement, Tom and Karin began to plan a future filled with trips to Lake Chelan, Aruba, Las Vegas, and Key West when Tom was diagnosed with an extremely aggressive form of cancer, Stage IV Adenocarcinoma, life expectancy: one to three months. Tom assured his family, “This is God’s plan and we need to respect the plan.” Tom’s entire life, he optimistically said, “I’ve really had the best life!” Tom repeated that until the day he passed away, seven short weeks after diagnosis. Tom will be profoundly missed and is survived by his best friend and adoring wife, Karin M. Reynolds of Wenatchee; his son and daughter-in-law, Alex and Ashley Reynolds of Wenatchee; his daughter and son-in-law, Paige and Trevor McMahon of Leavenworth; his grandson, Brecken McMahon of Leavenworth; his eldest brother, William “Bill” Reynolds; his twin brother and sister-in-law, Dr. Timothy and Kris Reynolds of Vero Beach, Fl; his eldest sister and brother-in-law, Judy and Ted Wagner of Beaumont, CA; his youngest sister, Cheryl Reynolds of Bowling Green, KY; his nephews, Pieter Nystrom, Graham Nystrom, Kevin Reynolds, Dr. Brandon Wagner, Spencer Wagner; and niece, Taylor Griffith. Tom is preceded in death by his father and mother, William “Bill” and Anna Mae Reynolds; and his youngest brother, Robert “Bob” Reynolds. The family welcomes all to Tom’s funeral service Monday, September 27th at 10:30am at Jones & Jones-Betts Funeral Home in Wenatchee and the wake following at Bianchi Vineyards in East Wenatchee from 1:00-3:00pm. To make a memorable donation for Tom, please discretely pay for a stranger’s dinner, wash a friend’s car, or simply offer a word of encouragement. “…let your light shine before others, so that they may see your good works and give glory to your Father who is in heaven.” Matthew 5:16 https://www.youtube.com/watch?v=ZWXALrn_4LM

&#8220;If you read history you will find that the Christians who did most for the present world were precisely those who thought most of the next.&#8221; -CS Lewis The remarkable Dr. Thomas Lester Reynolds went home to Jesus on September 16,... View Obituary & Service Information

The family of Dr. Thomas L. Reynolds created this Life Tributes page to make it easy to share your memories.

“If you read history you will find that the Christians who did...