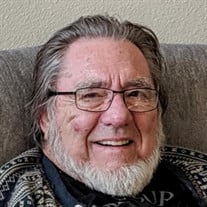 Teacher, retailer, mentor, and mountaineer, WR (Bill) Asplund age 89 of Wenatchee passed away on January 12. His death followed a cancer diagnosis he received this autumn, during the week of his 89th birthday. Bill was born in Seattle on October 11, 1932 to a young housekeeper and an older immigrant carpenter, Peter Asplund. A child of the depression, my Dad had a harsh and difficult childhood. At the age of 12, his family was shattered, and he was sent to a boarding school in Poulsbo. By age 14, he was living on the streets of Fairbanks and Seattle. By wintertime 1946, he and his two younger brothers came to live in Plain with Carl and Gladys Parsons, whom he considered his unofficial foster parents. In 1948, more hard times led to temporary boarding arrangements, eventually living with members of the Baptist Church while attending Lake Stevens High School. While a student there, he met the love of his life, Janice; they were married in 1952, one year after receiving their high school diplomas together. After graduation, Dad began working as a lab technician at Weyerhaeuser in the pulp and paper division in Everett. In 1954 he first attended night school at Everett Community College, and he also took classes at the University of Washington. Later, with Janice’s support for their growing family, he enrolled full time at Western Washington College where in June 1961 he graduated with a bachelor’s degree in science education. He later went on to earn a master’s degree in education at South Dakota School of Mines in 1964. He was always proud that he was named a National Science Foundation Scholar; it was while in Rapid City that he first grew his iconic beard for the “Prospector Days” summer celebration. In 1963, after teaching in Brewster for two years, he accepted a teaching position at Wenatchee High School in the science department. It is there he taught chemistry and other science courses until his retirement in 1987. It was in Wenatchee that Dad honed his mountaineering skills by becoming involved in Alpine Roamers, a climbing club that was active in the Wenatchee Valley in the early 1960’s and 70’s. He summited all of the volcanos in the Washington Cascades and numerous other peaks in Washington State. Dad was a member of Chelan County Mountain Rescue, assisting in numerous rescues and recoveries, and finally as a “call out” coordinator in his later years. In 1964 Dad was asked to be the advisor of the WHS Forestry Club which he transformed into the Alpine Club. For almost fifteen years, he led the WHS Alpine Club on hiking and climbing trips to many places in the high mountains. With his guidance, the Alpine Club introduced students to backpacking, hiking, winter camping, and climbing in the Cascades, including climbs of Mt Hood, Mt St Helens, and Mt Cashmere. Dad also worked with the Sunnyslope Church of the Brethren youth group, leading annual week-long backpacks into the Alpine Lakes for many years. He felt that introducing young adults to the beauty of the Cascade Mountains and mountaineering skills was one of his greatest joys in this life. In 1968, Bill and Janice started selling mountaineering and cross-country gear from their garage to meet the growing interest in outdoor recreation. “Asplund’s” grew into a premier retail store on N. Wenatchee Avenue specializing in all-season outdoor gear and clothing. As an early promoter of cross-country skiing in Central Washington, Bill and Janice would rent gear and lead day ski tours in the Blewett Pass area. Bill helped introduce hundreds of people in North Central Washington to cross-county skiing. It was Dad’s love of the outdoors that led him to support conservation movements. Initially he promoted the formation of the North Cascades National Park, and later was instrumental in the formation of the Alpine Lakes Wilderness Area. He was proud to have testified before congressional committees both in Wenatchee and in Washington DC. Dad was also proud to have helped students at WHS organize the first local Earth Day event in 1970. After the closing of their retail store in 2000, Mom and Dad travelled extensively throughout Europe and England. He was fascinated with the early explorers of the Artic and Antarctica which lead him to adventures to Greenland, Iceland and two trips to Antarctica. In 2008 he took the voyage of a lifetime by traversing the Northwest Passage in a converted Russian icebreaker. It was only upon the death of his own father in 1965 that Dad learned about his Norwegian family and Nordic heritage. This resulted in many visits during the 1970’s and 80’s to visit relatives in Molde, Norway. He was proud of his Nordic heritage and was one of the founding members of the Epledalen Lodge of the Sons of Norway for over fifty years. Bill was preceded in death by his parents, his unofficial foster parents, his wife Janice, brother Bud and son Ron. Bill is survived by his brother Ken (Norma), his foster brother David Parsons, and by his oldest son, Randy (Cici), four grandchildren, and three great-grandchildren. Due to the current pandemic, an outdoor celebration of Bill’s life will be planned later this year. In lieu of flowers, memorial donations may be made to the Chelan Douglas Land Trust, 18 N Wenatchee Ave, Wenatchee, WA 98801. Condolences may be left at [email protected] Jones and Jones Funeral Home are handling arrangements. The family wishes to extend their gratitude to Bill’s dear friend Janet, and to Confluence Health Hospice and the caregivers at Avamere Assisted Living, for all their loving caring and support for Bill during his final days. Tusen takk, Bill. Your life was a blessing to us all.

Teacher, retailer, mentor, and mountaineer, WR (Bill) Asplund age 89 of Wenatchee passed away on January 12. His death followed a cancer diagnosis he received this autumn, during the week of his 89th birthday. Bill was born in Seattle on October... View Obituary & Service Information

The family of William "Bill" Asplund created this Life Tributes page to make it easy to share your memories.