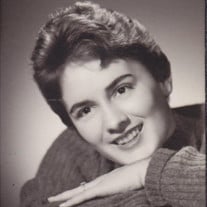 Wilma Dean (Rogers) Schroeder passed away in her home on March 26th, 2020. Wilma was born on November 6th, 1942 in Jonesboro, Arkansas to Otis Gilbert and Zetta Mae Rogers. In 1944 Wilma moved with her family to Monitor, Washington where her family worked in an Orchard. In 1946 the family moved to Cashmere when her father got a job at the Cashmere Mill. She attended Cashmere schools and enjoyed her time there graduating as valedictorian from Cashmere High School in 1961. Throughout high school Wilma, also known as "Willie", enjoyed working at Doane's Valley Pharmacy. Wilma often talked about how the pharmacy would celebrate her birthday by running an ad in the paper for 19 cent sundaes. “Willie’s Birthday Sale”. She always said, “I never worked so hard as I did on my birthday”. After graduation she moved to Seattle with her good friend Julie (McCune) McCunn where she attended Griffen-Murphey Business College. She graduated in 1962 and moved back to Cashmere where on October 6th of that same year, she married Daniel Lee Schroeder. In 1965, Wilma moved to Heidelberg, Germany to join her husband who was stationed there. While in Germany she gave birth to her daughter Pamela who was born in 1967. The family moved back to Cashmere in 1968 where they made their home. Wilma worked at Liberty Orchards Company, the home of Aplets and Cotlets, from 1977 until 2020. Wilma enjoyed her work and her life with her friends and family including her 4 grandchildren, and 3 great grandchildren. She was preceded in death by her parents, Otis and Zetta Rogers; her two brothers, Shelby Drexel and Charles Boyd Rogers; her sister, Melba Jean Brown; and her daughter, Tracy Leigh Schroeder. She is survived by her daughter, Pamela D Prpich of Cashmere, WA; her four grandchildren, Luke (Lacey) Prpich of Wenatchee, WA, Matthew (Lyla) Prpich of Renton, WA, Cody Prpich of Waterville, WA, and Samantha (Bryce) Prpich of Ellensburg, WA; and her three great-grandchildren, Brantley, Piper and Theo. The funeral will be set at a later date.

Wilma Dean (Rogers) Schroeder passed away in her home on March 26th, 2020. Wilma was born on November 6th, 1942 in Jonesboro, Arkansas to Otis Gilbert and Zetta Mae Rogers. In 1944 Wilma moved with her family to Monitor, Washington where her... View Obituary & Service Information

The family of Wilma Dean (Rogers) Schroeder created this Life Tributes page to make it easy to share your memories.

Wilma Dean (Rogers) Schroeder passed away in her home on March...