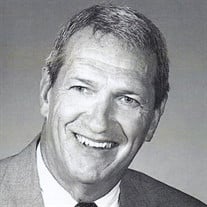 Peter A. Liske, beloved husband, father, grandfather and brother, passed away on February 12, 2022, in Wenatchee, WA, due to Alzheimer's disease. He was 80 years old. Pete was born on May 24, 1941, in Plainfield, NJ. Early on his life centered around a variety of sports, and he was an accomplished athlete at Plainfield High School, later earning himself a Hall of Fame induction. Pete then went on to play football and baseball at Penn State University, where he successfully quarterbacked winning seasons. He also helped the baseball team advance to the College World Series in 1963. He was drafted by the New York Jets and by the Philadelphia Eagles in 1964, choosing the New York Jets but later finishing his NFL career with the Eagles. Pete characterized his time in Philadelphia as a time he realized a dream. “Being a local guy, a New Jersey guy, it meant a lot to me,” Pete recalled. For the next 11 years he played professional football for a variety of teams, including the Jets, Eagles, Denver Broncos, Buffalo Bills and Calgary Stampeders. In 1967 Pete earned the Most Outstanding Player award for the Canadian Football League. Pete held the passing record of 40 touchdowns in Canada for 26 years, finally broken by Doug Flutie. He was the first quarterback to have back-to-back seasons with 4,000 yards. Pete was inducted into the Stampeders’ Wall of Fame in 2002. After retiring from playing football, Pete initially worked as the General Manager for Belting Industries from 1976 – 1984 but stayed involved in football by working as an official for collegiate games from 1977-1983 and in the NFL from 1983-1989. Pete began working in 1985 as a college athletics administrator in many capacities across the country. At the University of Washington, he served as Athletic Funding Director from 1985-1992, where his background and leadership skills contributed to his success. Pete easily established trusted relationships with colleagues and donors alike. He then accepted a position as the Athletic Director at the University of Idaho, where he worked until 1996. Pete then served as the Athletic Director at the University of Toledo until 2000. Pete completed his career as the Director of Major Gifts at Penn State University from 2001-2005. As the director of major gifts for athletics, Pete was instrumental in getting the funding to build a baseball stadium on campus, a stadium that not only houses the Nittany Lions but also a minor league team. “I played there (at Penn State), but they never had a stadium,” Pete remembered. “The university wasn’t sure at first that the whole minor-league thing would work, but we talked with the Altoona Curve, and we thought we could make it work. It ended up being great for everyone.” Pete held a deep belief that sportsmanship, camaraderie, and the life lessons taught in competitive sports would prove valuable to players throughout their lives. He had faith in the ability of college-age players to win, no matter what level they played. Pete supported mid-level players having the opportunity for “the big game”, which were also lucrative paying games and sought to create those opportunities. He was a genuinely passionate fan and promoter of any and all sports for both men and women. Pete’s years in athletics were tremendously rewarding to him. Pete’s ready smile and easy demeanor made him many friends throughout the collegiate athlete community. Even in later years Pete faithfully signed football cards fans continued to send to him until his disease progressed, although he was known for being very modest and quiet about his pro career. After Pete’s final retirement in 2005, he enjoyed golf, high school officiating, doing puzzles, and spending time with his wife, Debbie. He is survived by his wife, Deb, his daughter-in-law Julie, his daughter Kim Halingstad (Eric), and five grandchildren (Ethan, Sawyer, Kara, Max, and Brielle), and his sister, Barbara Tantillo (Ben). He was preceded in death by his son Tucker and sister Nancy Soulen. Pete is greatly missed. Per Pete’s request, no service is scheduled at this time. Arrangements are by Jones Jones & Betts Funeral Home.

Peter A. Liske, beloved husband, father, grandfather and brother, passed away on February 12, 2022, in Wenatchee, WA, due to Alzheimer's disease. He was 80 years old. Pete was born on May 24, 1941, in Plainfield, NJ. Early on his life centered... View Obituary & Service Information

The family of Pete Liske created this Life Tributes page to make it easy to share your memories.